It is difficult to know the full extent of astronomical understanding the Polynesians and Maori had of the stars. It is certain that the stars were used to navigate across the vast expanse of the Pacific along with expert knowledge of winds, waves, and currents. The arrival of Matariki (Pleiades) in the early June sky is seen as being a sign from those who had passed away. Today, Matariki is emerging as the nation's own mid-winter celebration.

Maori used stars to direct them on their ocean voyages and, as a guide to the seasons, to enable crops to be planted at the best time.

The term for stars and planets is Te Whanau o Marama - the family of light. Meteors are te mata kokiri - the darting ones.  Antares in Scorpius is known as Rehua and "ko Rehua whakaruhi tangata' translates as "Rehua gives energy to man" as it is seen in the early morning sky in spring.and Traditional stories show that the Maori watched the dawn sky more than the evening sky.dozens of stars and planets were named although the names often vary from group to group. There are many stories of the sky's inhabitants and like other peoples, Maori saw shapes in the patterns of the stars.

The vast majority of Maori astronomical knowledge was lost, as the early missionaries suppressed any indigenous religious (read “heavenly”) thought. The early anthropologist Elsdon Best said in 1922: "Few endeavours have ever been made to collect Maori star lore, and now it is too late to rescue it. The men who knew have passed away." However pre-European of the East Coast of Te Ika-a-Maui (North Island) traditions and starlore were recorded and researched and published in the book "Work of the Gods" by Kay Leather and Richard Hall. 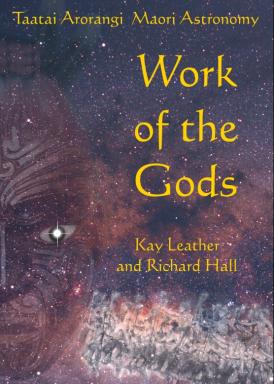