The history of New Zealand astronomy includes a rich heritage of people who have sometimes had greater international recognition than they enjoyed at home. These examples are just some of the people who have had a significant influence on New Zealand's astronomy history.

The prime reason for Captain James Cook's first voyage to the South Pacific was to make astronomical observations on the far side of the globe from Greenwich.  Development of the sextant and the chronometer required and gave more accurate sightings and enabled navigational skills to be enhanced.  The main work of the shipboard astronomer, Joseph Billings, was the improvement of celestial navigation, crucial to sea travel.

After observing the transit of Venus at Tahiti, Cook circumnavigated New Zealand and observed the transit of Mercury in an inlet named by him “Mercury Bay”.  On a later voyage he established New Zealand's first astronomical observatories at Motuara Island in Queen Charlotte Sound, and at Astronomer Point in Dusky Sound.  At these places, every known method then in use for determining latitude and longitude was pressed into service.  For many years, the location of the Dusky Sound observatory provided the prime meridian and origin of surveys for the country.  Early land surveyors often used astronomical techniques for positioning and mapping because the mountainous and forested nature of New Zealand's terrain made other methods difficult. 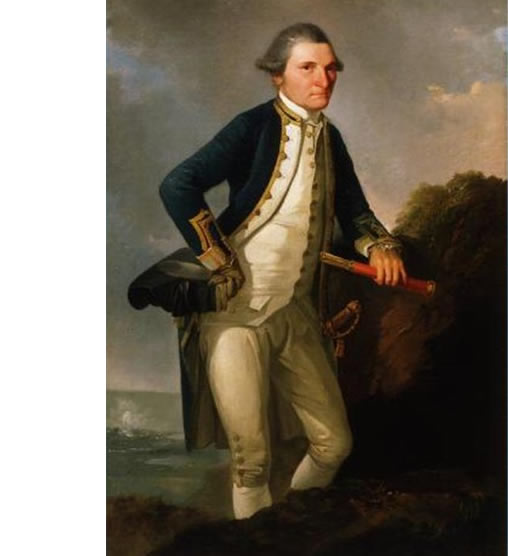 Alexander Bickerton (1842-1929) was one of the first professors at Canterbury University College and believed that science classes should be 'as entertaining as music hall and as sensational as a circus'.

A. C. Gifford (1862-1948) won the Herschel Prize for Mathematical Astronomy at Cambridge University and later put forward the theory that lunar craters are formed by meteor impacts. The Apollo astronauts later proved this correct.

Ernest Rutherford (1871-1937) is known in science history as 'the man who split the atom'. His work at Cambridge University confirmed the presence of the atomic nucleus. Rutherford theorised that there are similarities between systems at either end of the physical scale. He found that particles behaving like planets (electrons) orbiting around a central sun (the nucleus).

Beatrice Tinsley (1941-1981) was educated at New Plymouth Girls High School and Canterbury University. Her PhD thesis at the University of Texas revolutionised study of the evolution of galaxies.

A. F. Jones (1920-2013 ) is probably the only astronomer in the world who has been making measurements of long period variable stars for 40 years. It was Jones who jointly first noticed the presence of supernova 1987a in the Small Magellanic Cloud.